Europe needs to catch up on pivot culture 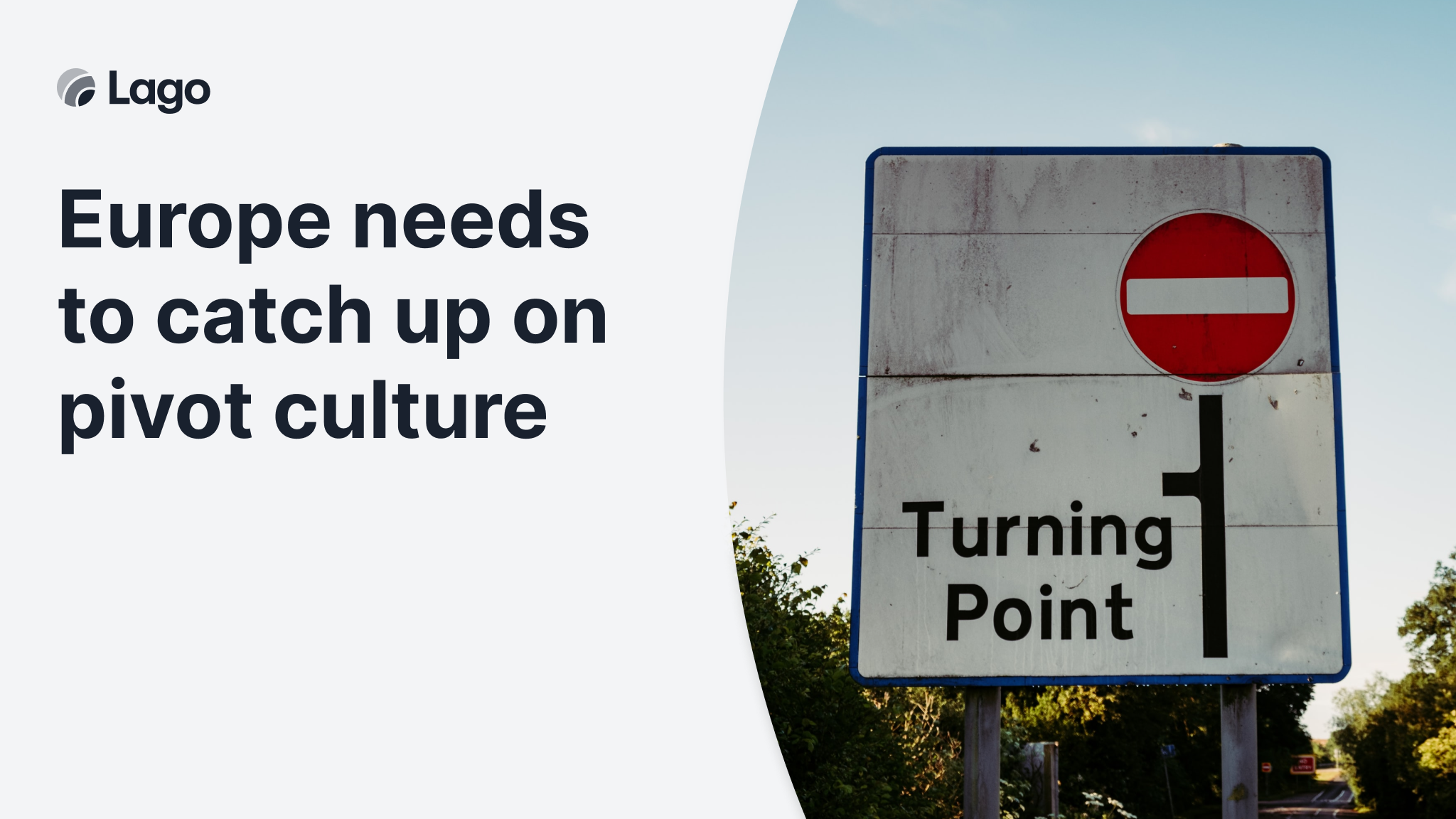 This article was originally published on Sifted on July 4th, 2022.

——
When we started Lago, my cofounder and I built the product we’d have loved to use ourselves. This is often the path recommended to founders — including by Y Combinator where we got a coveted spot last summer.

But after hundreds of user feedback calls and product iterations — and even getting our first paying customers — we came to a realisation. We had built the data tool we had wanted years earlier as a growth team at fintech unicorn Qonto. But there weren’t a lot of growth teams out there looking for a tool as technical and data-driven as the one we had wanted.

It was time to pivot.

Where is the support in Europe for pivots?

Throughout the six weeks it took to choose a new idea and the three weeks it took to reship a product, we unfortunately found very little support in the European ecosystem. It seems in Europe the passion for unicorns is just as real as the stigma attached to pivoting.

This needs to stop. Given all the companies that raised “because they could” without a product, and even less, product-market fit, we need to be prepared for a wave of pivots. And that’s fine; that’s been the typical early-stage path in the US.

If we continue stigmatising pivots, and not supporting founding teams during this delicate phase, that can only lead to two outcomes: either these teams stick to the initial idea until the money runs out, or they decide to shut down prematurely. This is also likely to burn out a generation of founders, who could be brilliant repeat entrepreneurs afterwards.

This is why we want to share our own experiences of what worked and what we would have done differently a second time.

Managing our own energy… and sanity

Pivoting hits the team’s morale, and unsurprisingly the founders have to carry an extra mental load. The general sentiment of having disappointed everyone — from the team to the investors and the clients who trusted us early on — adds to the immense pressure to find a new direction fast.

But you can’t force finding a new idea. Why? Because pivoting requires recommitting two precious resources: the team’s energy and runway. Another setback can fatally damage both.

My cofounder and I threw ourselves into evaluating dozens of ideas. We packed our diary with user interviews and crunched a ridiculously vast amount of market research until 3am for a few weeks. But we were soon so mentally exhausted that we couldn’t get excited about any idea. It was like swiping too many Tinder profiles and becoming sick of dating.

We got our inspiration back by going to the countryside and switching off for a few hours. We hadn’t wanted to disconnect before because we (counterproductively) thought we didn’t deserve to take a break. But the change of scenery was exactly the reset we needed to continue.

The idea we ended up selecting (Lago is an open-source Stripe billing alternative) ticked all the boxes we had defined as criteria for choosing a new business model, and even one we added in the process: resilience to market downturns. As we honed our selection framework, we also ruled out ideas that were too exposed to interest rate risks (anything linked to credit, for example), to a trend (like Web3 applications) and/or an undifferentiated market where high acquisition costs required lots of capital (10-min delivery businesses).

If we had to do it again, there are a few things we would do differently:

When we decided to “change the idea”, we had four employees. My cofounder and I very optimistically thought we’d come to a consensus on a new direction in a few days “behind the scenes”. Try more like six weeks!

So thinking we could change tack without the team knowing was silly. Therefore we communicated in a very open and transparent way to the team, which helped relieve the pressure on our shoulders and build trust. We followed these key messages:

If we had to do it again, we would be more realistic about how much time it takes to change the idea and communicate that to the team straight away.

We updated the VCs who invested in Lago individually, quite early in the process. Luckily for us, they are US-based and quite used to early-stage companies changing direction. Their reactions were very encouraging; for some, pivoting was a sign we were growing and learning as a team.

We decided to update our angel investors when we had more clarity, but at some point the news of our pivot leaked into the ecosystem. We received countless messages of support and relevant intros, however a handful of reactions were quite different in Europe than in the US.

👉 Read: How to handle a pivot

As I alluded to at the beginning of this piece, some of the European reactions showed us that pivoting in this region is still seen as a definitive failure rather than a step in the journey. Clear answers and proof that we would “nail it this time” were expected immediately.

These reactions added a lot of extra stress. We tried to stay calm and offered to give the money back in these situations. No angel ended up taking the offer, but our message was clear: as an early-stage company we’re iterating. If you’re not on board, we’re happy to part ways with no hard feelings.

If we had to do it again, we would communicate more proactively to angels and aim at educating those who have not built a company themselves or seen early-stage iterations before. VCs and angels are two different segments that deserve different messaging.

What’s next for pivoting founders?

Our network in the US made the whole process easier. We had access to role model teams that had pivoted early on — Amplitude, Segment, Brex, Hugging Face, PostHog, and Airbnb, to name a few. We had access to VCs and angels who had seen companies through hard pivots to IPOs. And we had peer founders around us also considering a pivot.

This supportive community made the difference — the phrase “pivot hell” exists for a reason.

Pivots are part of a natural and healthy startup ecosystem. And if European tech wants to survive the slowdown that has already begun, it will require more teams to pivot. And more understanding investors.

It is said that the greatest companies are built during downturns, by agile and resilient teams. Can Europe afford to miss out on the next Segment, Amplitude or Airbnb by treating pivots as taboo? 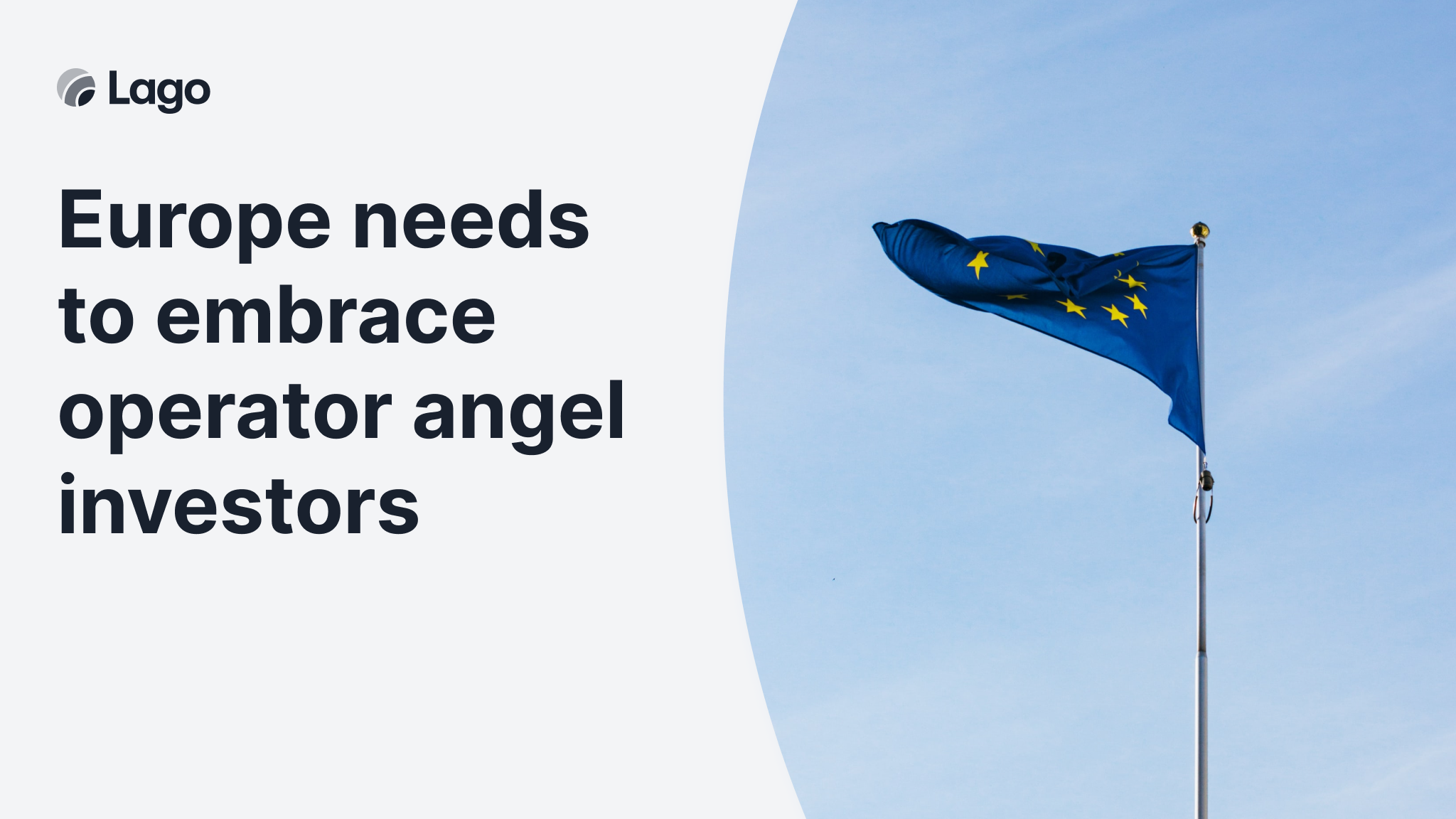 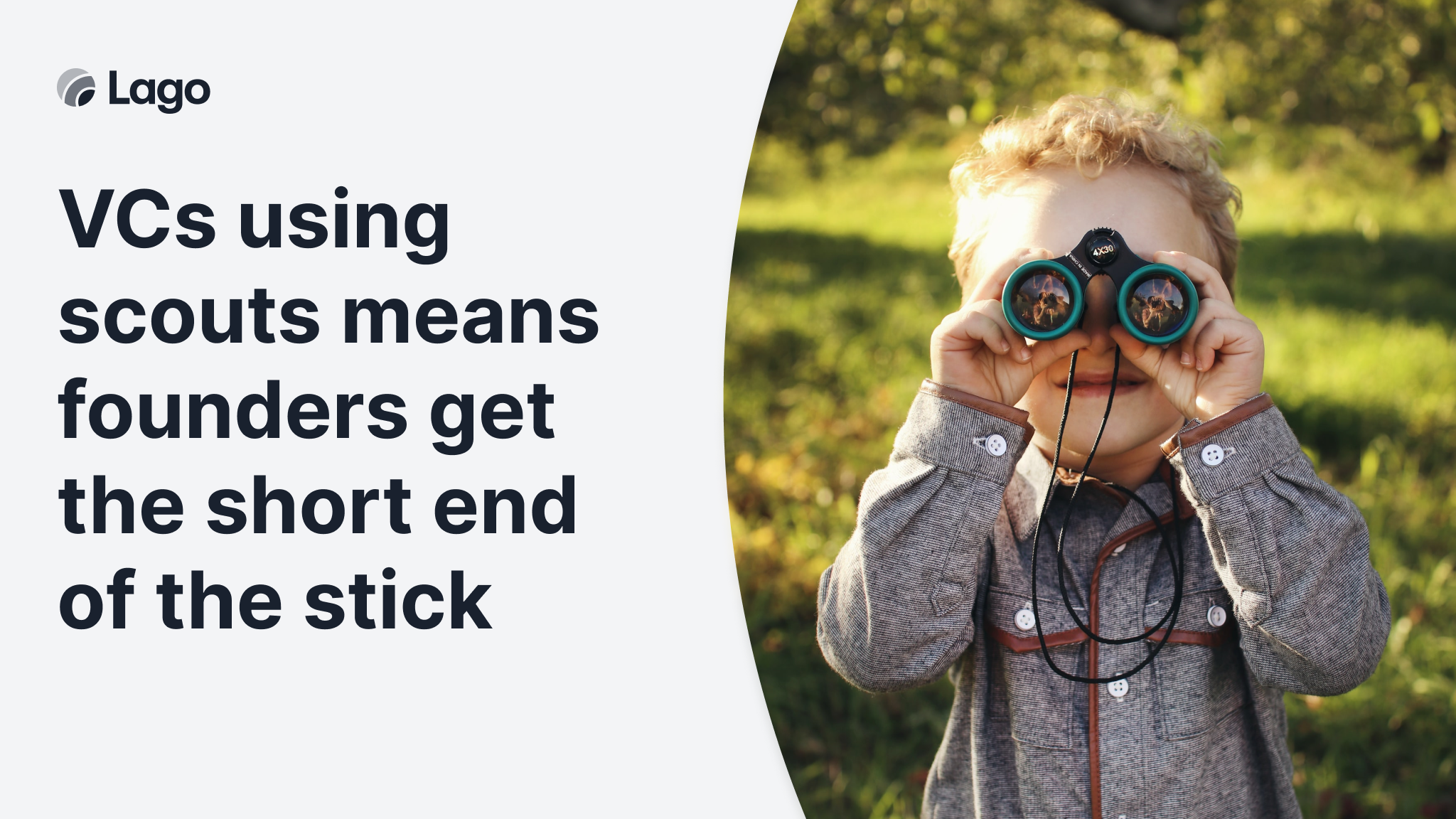 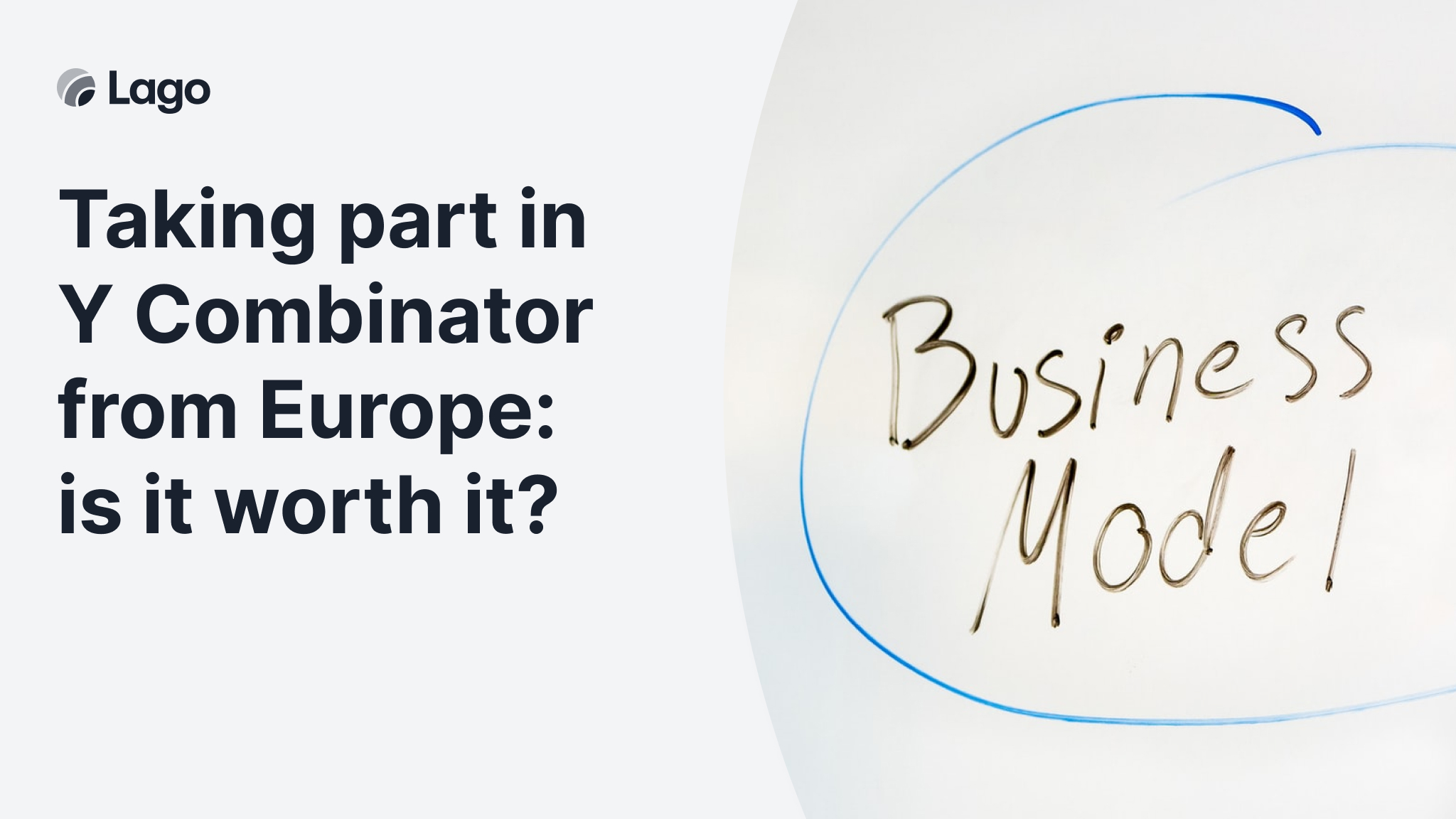 Startups
Taking part in Y Combinator from Europe: is it worth it?
Designed remotely all around the world
Privacy PolicyTerms of Service©Lago 2022